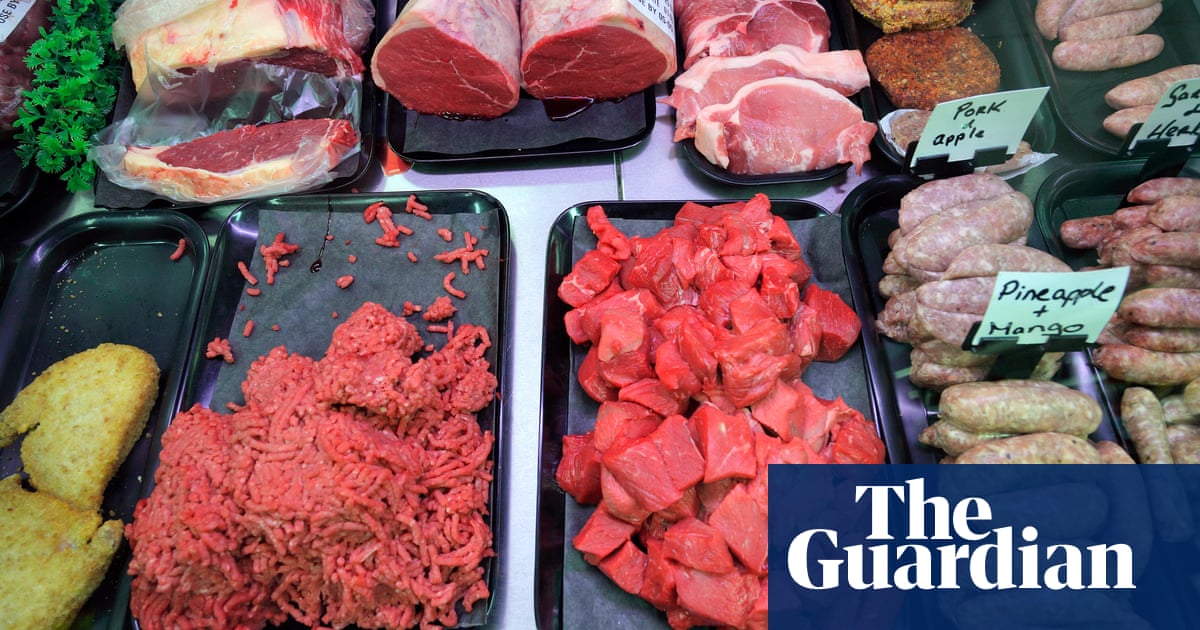 Research suggests ‘significant benefit’ from cutting back on beef, lamb and sausages. Increasing the amount of beef, lamb and sausages in your diet may shorten your life, new research claims.
Scientists have linked red and processed meat to a range of diseases, and the World Health Organization has classed them as a cause of cancer. But establishing whether they could be linked to premature deaths is difficult.

Research published in The BMJ medical journal suggests there is a link between changed eating habits – eating substantially more red meat and processed meat, such as bacon and ham – and a raised risk of dying early. Cutting back and eating more fish, chicken, vegetables and nuts appears to reduce the risk.
The study was carried out by a team of researchers in the US and China, looking at the eating habits of about 54,000 women and 28,000 men over eight years and the death rates over the following eight years. All those involved were health professionals in the US in the 1980s and 90s.

Every four years, they were asked to fill in a questionnaire which asked them how often they ate different sorts of foods, from “never or less than once per month” to “six or more times a day”. There were more than 14,000 deaths during the study period, which ended in 2010. The leading causes were cardiovascular disease, cancer, respiratory disease and neurodegenerative disease.
The researchers found that increasing total red and processed meat intake by 3.5 servings a week or more over an eight-year period was associated with a 10% higher risk of death in the next eight years.
Taxing red meat would save many lives, research shows Read more
Eating more processed meat raised the risk of early death higher than eating unprocessed red meat – 13% versus 9%.

Cutting out one serving of red meat per day and eating fish instead reduced the risk of death in the next eight years by 17%.

The authors acknowledge that they cannot prove that red and processed meat were the causes of death because it is an observational study.

Although they allowed for factors such as physical activity, the general quality of diet, smoking and alcohol intake, there may be other things that predisposed the heavy meat eaters to dying earlier.
But they write: “A change in protein source or eating healthy plant-based foods such as vegetables or whole grains can improve longevity.

”
“We are not saying everybody should become vegetarian or vegan,” said the lead author, Frank B Hu of the Harvard TH Chan school of public health in Boston. “However, there is a significant benefit if you replace some of the red meat with plant-based foods.

”
Exactly what you eat instead of meat is important, he said.

“It is not a good idea to cut back and eat more ultraprocessed foods and sugar.”
There is a need for policies and strategies to make healthier foods more affordable. “If the healthier alternatives are not accessible and are too expensive, then it is very difficult for people to change their eating patterns,” he said.

“The public health impacts could be pretty large, given the prevalent consumption of red and processed meat is quite high especially in western populations.”
Some scientists were cautious. Kevin McConway, an emeritus professor of applied statistics at the Open University, said it was “a major new study that adds something useful to what was previously known” but that the size of the associations was “not huge”.
On average, people were about 60 when the death rate was recorded.

In the UK, about five women in 100 will die in the eight years after they are 60 and eight men in 100.
It is impossible to be sure that the increased death risk is caused by meat consumption, said McConway.

That’s an increase, but it isn’t immense, and an extra seven slices of bacon a week is quite a substantial change.”
Nutrition experts said the studies reinforced the warning that too much red and processed meat was not healthy. A very recent study of more than 400,000 people across Europe found that eating red and processed meat was associated with a 19% increased risk of ischaemic heart disease, which is a leading cause of premature mortality, said Tom Sanders, an emeritus professor of nutrition and dietetics at King’s College London.

“These findings taken together challenge the popular myth that high-protein diets containing lots of red meat are good for health, but support current dietary guidelines that advocate a shift to a Mediterranean-style diet which contains plenty of vegetables, nuts, wholegrain, some fish, poultry and milk but very small amounts of red and processed meat,” he said.
Topics Life expectancy Health Meat news.