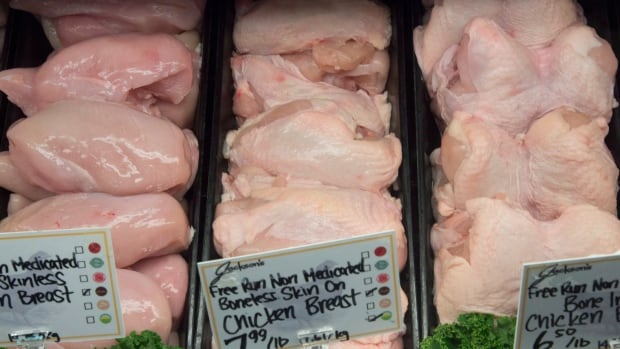 “We used to think that white meat was better than red meat for controlling blood cholesterol. What we found was there really was no difference,” said Dr. Ronald Krauss, the study’s senior author and a scientist at Children’s Hospital Oakland Research Institute in California.
The key takeaway, Krauss said, is that consumers who want to lower their blood cholesterol should substitute plant-based proteins for both red and white meat.

“I wouldn’t go overboard and say: ‘You should never have red meat or you should never have white meat,'” Krauss said in an interview. “We are saying you shouldn’t emphasize those proteins too heavily — keep them at a moderate level.”
The study, published on June 4 in the American Journal of Clinical Nutrition, followed 113 people on six different diets prescribed by researchers to track the impact of various types of proteins on blood cholesterol levels.
Typically, research on eating habits involves questionnaires or surveys rather than determining exactly what people in the study group eat, Krauss said.

The study is the largest of its kind to focus on dietary proteins, Krauss said.
It took a number of years to carry out, he said — and the results were unexpected. Don’t make big conclusions: nutritionist
Carol Dombrow, a nutrition consultant for the Heart and Stroke Foundation of Canada, said the study looks “well done” but its sample size was small.
She said it’s “premature” to make any big conclusions on red versus white meat when it comes to controlling blood cholesterol.
“This is an interesting study but we need way more information to make a conclusion about it,” Dombrow said in an interview. “The study does agree with pushing plant-based foods,” she said, a move backed by the Heart and Stroke Foundation.

Various cuts of beef and pork are displayed for sale in the meat department at a discount market in Arlington, Va., in 2013. Red meat contains saturated fat which has been linked to blood cholesterol. However, it also contains important vitamins such as B12. (J. Scott Applewhite/Associated Press)
Saturated and trans fats in food raise levels of low-density lipoproteins — known as LDL or “bad cholesterol” — in the bloodstream, increasing the risks of clogged arteries and heart disease, Dombrow said.
The assumption has been that red meat is higher saturated fat content than white meat, she said.

‘Dangerous science’
A group representing Canadian chicken farmers lambasted the study, calling it methodologically flawed with a small sample size and confusing for average consumers.
“To me, this study cries bizarre,” Gina Sunderland, a dietitian who works for Manitoba Chicken Producers, said in an interview.

“People should not be restricting their intake of lean white meat protein, like chicken breasts … To make such sweeping recommendations from a small sample size … is dangerous science in my opinion.”.